The young leadership of Igor Meirelles

Belo Monte dried the previous mighty Xingu and changed the courseof living of around 50,000 people, which, nowadays try to restart their stories apart from the river and its references. MAB coordinator Igor Meirelles is one of them. He made the collective struggle against the injustices of this endeavor one of the purposes of his youth. 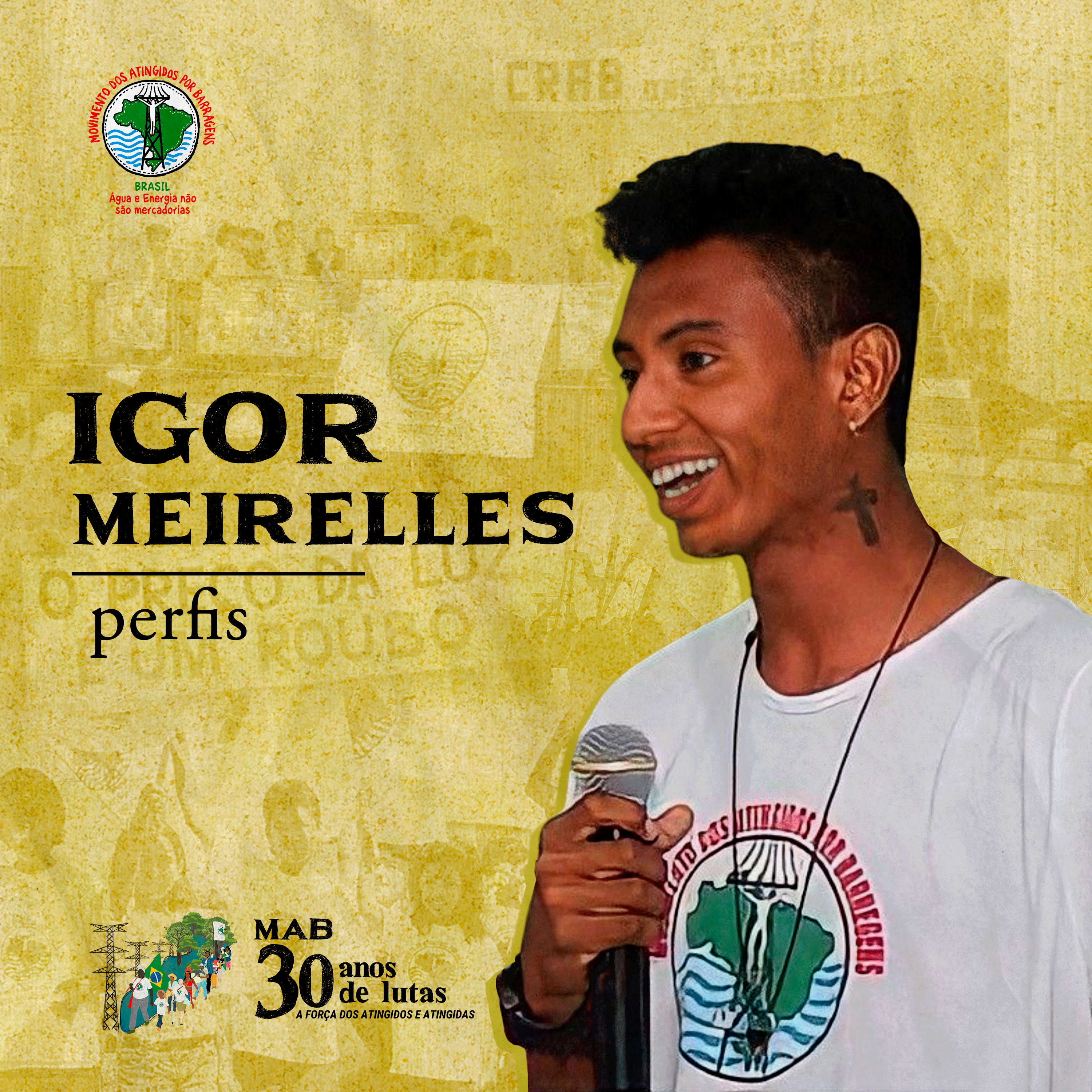 When Igor Meireles, resident of Altamira (PA), knew that he would be affected by the hydroelectric plant of Belo Monte, one of the world’s most massive projects, he did not take in consideration how his life would change and the struggle he would face to have his basic rights guaranteed.

While the mega-hydroeletric’s construction was taking its place, many people concerned about the damages it would cause to the environment, to the Xingu River and to the indigenous people living there. However, fewer people debated the situation of the ones who lived in the urban area near Altamira, whose daily lives were drastically changed by the enterprise. Since the beginning of the construction, the citizens located in that area had to deal with violence, fear and the ruin of public services caused by the sudden growth of that small Amazonian town.

“For a young person, what I think is aggravating when you are resettled is that you are in the process of formation. I lived in a peripheral area, but it had very easy access to the river, the urban center, cultural spaces, and recreation spaces. Then the company comes and relocates you to a place where you are isolated and face violence, the precariousness of life.” According to Igor, when he discovered the Movement of People Affected by Dams, he understood that only a collective struggle would help his family and community to fight against all the injustice brought by the plant to his city. “Before the Movement, I had already been used to think critically, a look at the contradiction, mostly due to music, because I enjoyed and still enjoy rap, which shows how much we, as black people, how much we suffer and what is happening in the peripheral areas of Brazil. Then MAB came to educate to know how to position myself in the face of these contradictions.”

*This article is part of a series of profiles of MAB’s coordinators produced in celebration of the Movement’s 30th anniversary.