The MAB commemorates the results after one year of the “Planting Lives” campaign and says it will continue to act in defense of the Amazon in the next period. 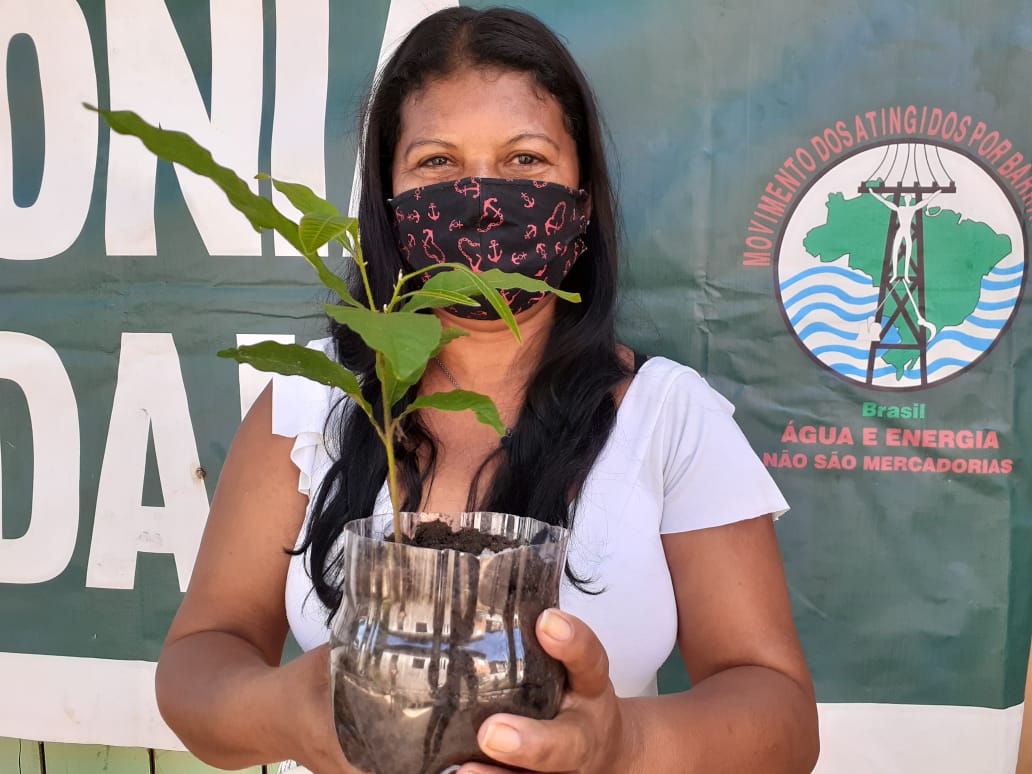 The fight for life is what brought us here. We are fighting to survive and protect our loved ones. The coronavirus pandemic threatens everyone with death and, therefore, it is fair to defend ourselves in that regard. However, deforestation and forest fires are just like a “pandemic of devastation”; they put life at risk in a broader sense.

According to data from the National Institute of Space Research (INPE, Instituto Nacional de Pesquisas Espaciais after its acronym in Portuguese), in August 2020, 39,253 sources of fire were registered in the Legal Amazon, the highest number in the last 15 years, and 269% higher than on the month of July.

The increase in fires is a direct result of deforestation, according to the Deter system, reached 9,205 km2 between August 2019 and July 2020, affecting an area of 1,654 km2 only in this last month.

Wanting to fight the destruction of the Amazon and, at the same time, contribute to the recuperation of devastated areas, the Movement by People Affected by Dams (MAB) launched the campaign “Planting Lives”.

After confirming that capital acted in an articulated fashion to destroy the Amazonian environment through coordinated actions between grileiros[i]loggers, landowners, and garimpo[ii] entrepreneurs, even organizing the so-called “Fire Day”, we decided to respond accordingly, carrying out the greatest number of actions in defense of the Amazon and its populations.

“The ‘Planting Lives’ campaign represents an alternative coming from farmers, from indigenous people, from riverside dwellers, of how to recover areas degraded by the current development model imposed for the Amazon,” says Juarez Oliveira, who was affected by the Tocantis-Araguaia region’s dam, in the state of Pará.

The model cited by the affected is the expression of capital’s strategy in the Amazon, directed towards the private appropriation of its gigantic natural resources—land, water, minerals, oil, and biodiversity—and obtaining extraordinary profits from its exploitation.

The campaign was not only born out of the desire to implement concrete preservation and recovery practices in the Amazon rainforest, but also to raise society’s awareness of this extremely important issue, as well as denounce ongoing actions taken mainly by the federal government through easing environmental legislation and dismantling the systems of protection and control in the Amazon.

With the “Planting Lives” campaign, we have distributed and planted more than 40 thousand plant seedlings in several regions of the Amazonian states, bringing life and hope for deforested areas near the garimpo region, traditional communities, and urban centers, rural and city workers.

In the mid and long term, some of the benefits provided by the planting are:

For this project, many allies committed to the struggle in defense of the Amazon social movements organized in the Vía Campesina and the Worker and Peasant Water and Energy Platform, religious entities, human rights organizations, indigenous people associations, artists, researchers, and popular fighters from all over Brazil, joined the MAB.

Meanwhile, capitalism produces fires; destroys the rainforest for the sake of livestock, soy, and palm oil; destroys rivers and ecosystems; steals our wealth; exploits and injures; while we are planting lives.

We cultivate, care, and work to help flourish regional, fruitful, oleaginous, and medical species, trees that provide shade to shelter us during the storm. We defend the sovereignty, the affected people’s rights, indigenous and traditional peoples’ culture and territory; we practice solidarity, justice, and love for people.

The “Planting Lives” campaign continues with its activities and remains firm in its purpose, producing results, growing, and multiplying itself.

We call for everyone to join this struggle. On September 5, we celebrate  Amazon Day, and on September 21, Tree Day. We are going to distribute and plant seedlings across Brazil during that period: mobilize, disseminate and share actions.

By sowing in good soil, we are fighting in defense of the Amazon, in defense of life; certainly, we will joyfully reap hope multiplied many times over.

On Amazon Day MAB reaffirms the need to protect the rainforest

With activities in several states from the “Planting Lives” campaign and a national act transmitted live, the movement celebrates a day of struggle, raising awareness about devastation in the region